An In-Depth Look at the Science of Twitter Timing

Today, we’re going to take a deeper look into the ins and outs of Twitter timing. This includes how to determine:

First off, we’re going to look at an interesting infographic that helps explain Twitter timing visually. The first is a portion of The Science of Social Timing Infographic that shows us a few important pieces of information about targeting a U.S. based Twitter audience.

Remember, your own “tweet data” will prove what the best times and days are for your tweets. This information should only serve as a good place to start honing in on your “tweet sweet spot”.

Determining Your Target Audience & When They Are on Twitter

What you might be asking after viewing the above infographic is: if you are not targeting just a business audience in the U.S., what timing rules should you adhere to?

To answer this, first you will need to determine your target audience and when they would most likely be on Twitter. Consider the following examples…

As you can see, not everyone would benefit from tweeting at 5PM EST. You have to think about where your target audience is located in the world and when they are most likely to be viewing their Twitter stream. Also, for those who target an audience who is most likely using their smartphone to view their tweets, businesses need to review whether their website is mobile friendly.

One of the beauties of Twitter is that you can reword the same message and send it multiple times throughout the day. Take this blog post, for example. I could tweet the link to it three times using the following variations of the title:

You can do this with essentially any message. The key is that you word it in a way that people who have seen it will know it’s about the same subject, but they won’t feel like your business is parroting themselves.

Another nice perk about Twitter is the amount of analytics tools available at your disposal. Some tools will even help you determine the best time to tweet! For example…

TweetWhen by HubSpot allows you to enter a Twitter name (yours or anyone else’s) and will come up with the best time to tweet to get the most retweets. 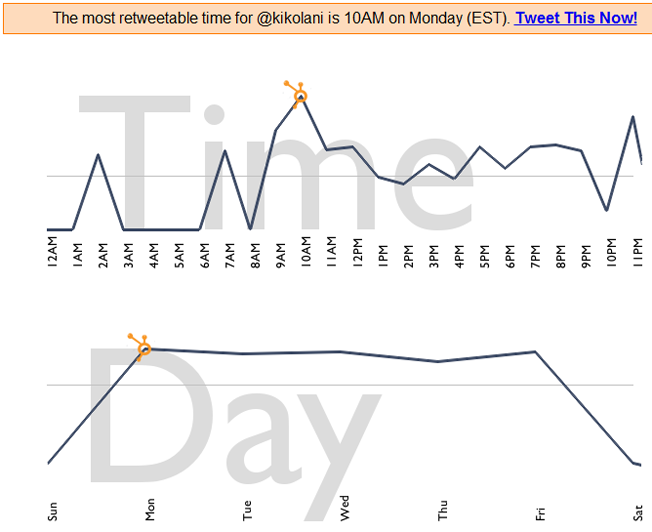 One thing to keep in mind is that this is based on your last 1,000 tweets. You might notice that my graph tapers off on weekends – and that is usually because I don’t tweet on weekends at all. 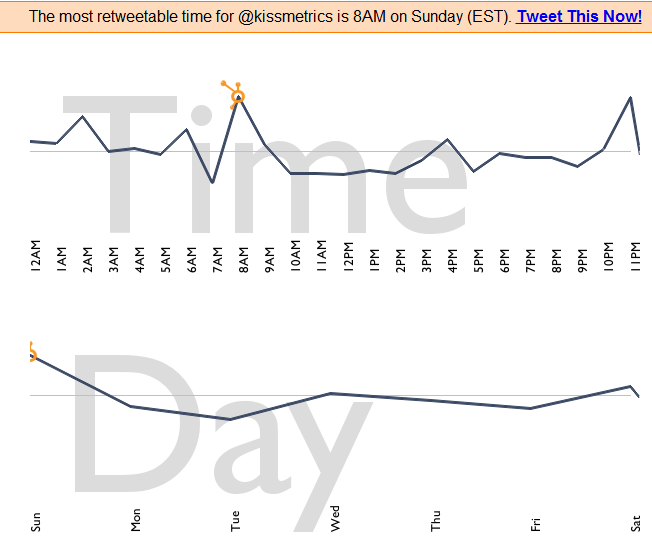 Since you can enter anyone’s Twitter handle, you can use this tool to see when your competitors are getting the most retweets. This can help you figure out your timing if you haven’t tweeted enough to build your own report just yet!

Tweriod allows you to sign in with Twitter and get a free analysis including time periods on specific days when you will get the most exposure for your tweets and when your last 1,000 followers are online. 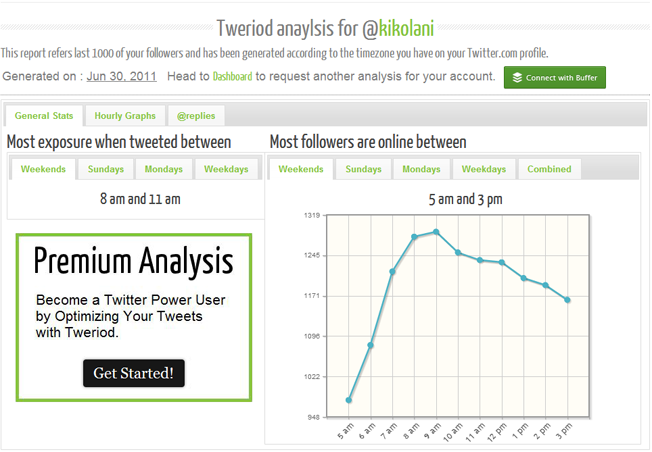 You can also click on the tags to see hourly graphs for specific days and see when you get the most @replies on a graph. If you want more in-depth information such as reporting on all of your followers, you will have to sign up for a premium analysis monthly membership or purchase an Adhoc One Off Report.

If you want actual stats instead of just estimates, then try sending your tweets through Buffer and viewing their analytics. Buffer will show you your tweets along with the date and time they were sent. You’ll also get important stats like retweets, mentions, clicks, potential reach, and number of times the tweet was favorited. 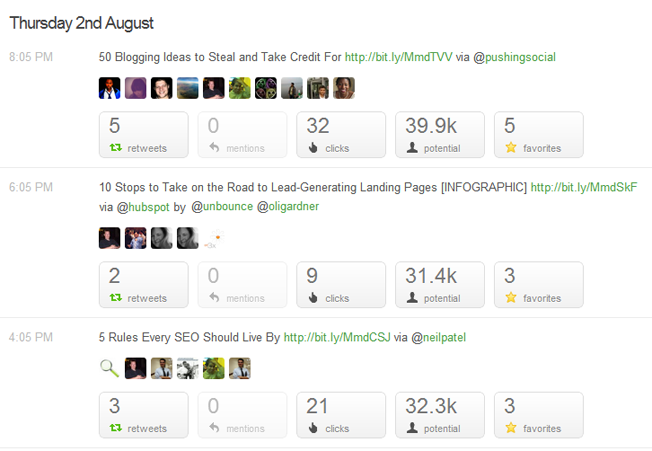 As a bonus, you can expand the view and see which people interacted with your tweet and how. 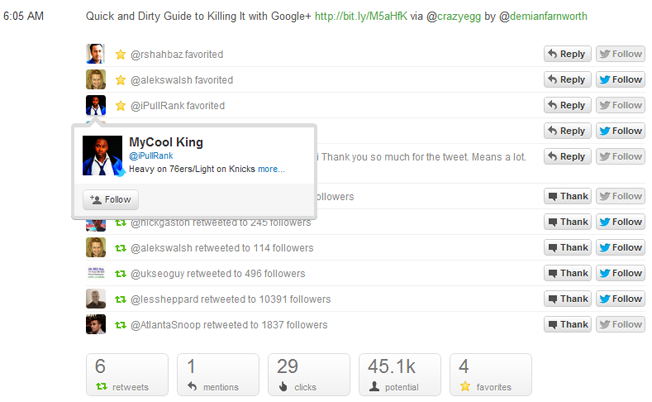 Plus, you can hover over each icon to learn a little more about each user. Click the more link to see their full bio, location, followers and following.

What if you’re just excited to see when traffic referred through Twitter clicks through to your website? Then take a look at your Google Analytics. While you can just look at your Traffic Sources > Sources > Referrals to see the number of visitors you receive from Twitter sources (including t.co and twitter.com), you might want to see some more in-depth information. 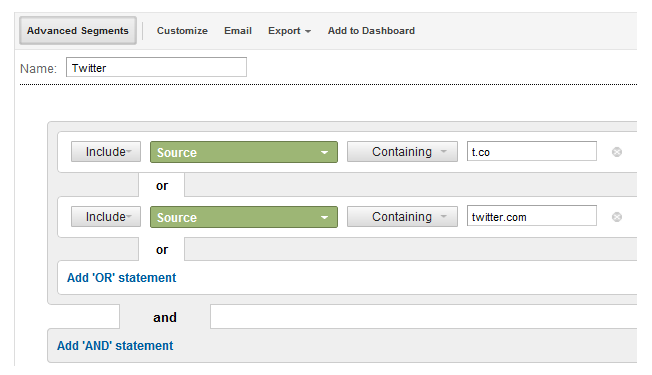 You can also select one day (maybe your most popular) and then see the hourly view of the times that people come to your website from Twitter.

As you can see, the Google Analytics Advanced Segment for Twitter traffic can really help you learn more about the best times and days for using Twitter to drive traffic to your website!

See what countries are currently in daylight or nighttime hours. 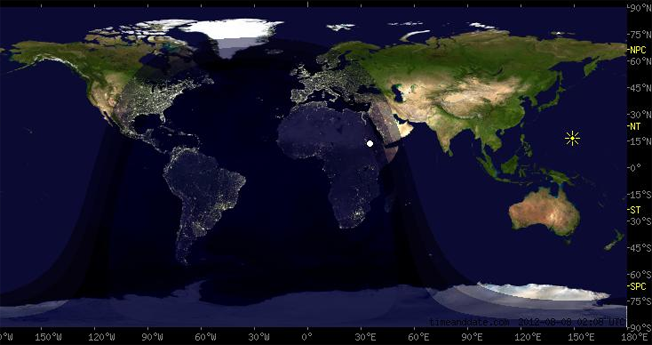 And much more including create your own personal time clock of cities important to your business and convert one time zone to another.

With the right combination of…

You will be able to master Twitter timing in a way that will make your business successful on Twitter!

What tools and tips would you suggest for someone looking to really get a grasp on the perfect timing of their Twitter account? Please share in the comments!

About the Author: Kristi Hines is a freelance writer, professional blogger, and social media enthusiast. Her blog Kikolani focuses on blog marketing for personal, professional, and business bloggers.