There are a lot of misconceptions about online reputation management. Some people think it’s just social media monitoring, while others believe it has something to do with public relations, and still others literally have no idea how it can impact business and sales.

In this guide, I’m going to explain the role of online reputation management in today’s business and media landscape. Companies of every size can benefit from having a clear outline of its main concepts.

They Are Talking About You

Just a few years ago, the internet was very different. Companies were not engaging customers but just selling to a passive audience; people could not express their voice in a powerful way, and the overall communication landscape was very “top down.”

The situation has radically changed. Today, websites are no longer static brochures. User-generated content is a must. And regular interactions on social networks are vital to any business success.

No matter the size of your business, they (prospects, customers, clients…anyone and, potentially, everyone) are talking about you. They are tweeting about your latest product, leaving a comment on your blog, posting a Facebook update about their customer experience, and much more. One of the most recent business commandments is “Be transparent.” Opening up to criticism and feedback seems to be beneficial for companies that embrace this new communication mode with their audience.

What does being “transparent” mean? Here are some examples:

Easier said than done! Most small and medium sized companies do not invest much on communication, and they struggle with this concept. As a result, their efforts usually are incorrect or inconsistent.

@aprildunford that's awesome… we are in the coffee business, not the office business. We have plenty of outlets to do what we need…

The transparency risk led many companies to literally fail in their quest to be “radically transparent.” Being open, in fact, does not come without a price. If you and your brand accept feedback, customer opinions, and so on, you also must be ready to face them promptly.

These are some of the reasons one needs to have a proper online reputation management plan in action before embarking on a “transparency journey.”

Here are three famous cases of reputation management failure in the digital era:

What’s The Sentiment Out There?

What are people saying about you? Good online reputation management is not only about reacting well to what people say about you, your brand, or your products and services, but also about whether to react at all and, if so, when. Sometimes a reaction is not necessary, and sometimes a reaction that is too late can cost you millions.

A proactive approach to the matter consists of monitoring your public reputation on a regular basis, and not just when you come to know about a specific event to deal with. How do you do this? The magic tools invented to solve this problem fall under the name of “social media monitoring.”

Simply put, social media monitoring allows companies to gather public online content (from blog posts to tweets, from online reviews to Facebook updates), process it, and see whether something negative or positive is being said affecting their reputation.

Social media monitoring can be both DIY (Google Alert is an example of a free web monitoring tool accessible to anyone) and professional, depending on the size of the business involved. 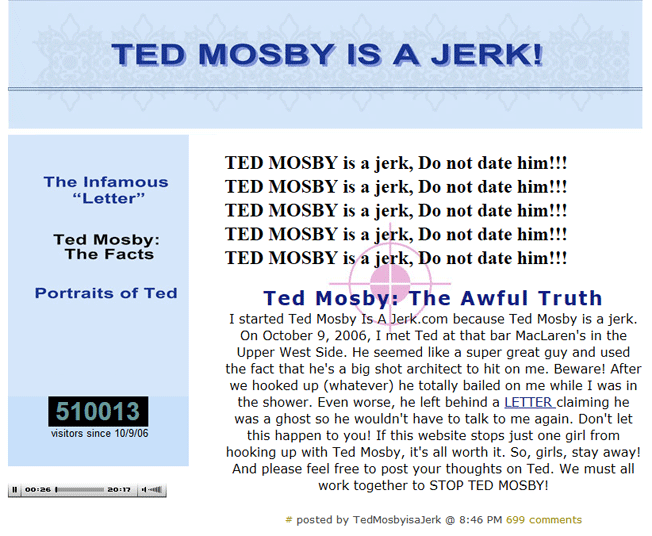 In the online reputation management scenario, there are two types of negative content that companies should be aware of. One is represented by complaints on social networks. They need to be addressed properly, but unless your company has serious problems, they do not pose a real challenge to your business.

The other is what I define as “online reputation bombs,” which affect your reputation and sales long term and can severely damage a business. They are very powerful because, unlike social network content, they are prominent in search engine results. What if someone googles your brand name and finds defamatory content? Let’s see what they are:

Should We Call The Cops?

Article 19 of The Universal Declaration of Human Rights states that:

“Everyone has the right to freedom of opinion and expression; this right includes freedom to hold opinions without interference and to seek, receive and impart information and ideas through any media and regardless of frontiers.”

It is obvious that everyone has the right to express their voice about your brand. There are, however, certain boundaries that need to be respected. Some of the negative content online actually is illegal. Why?

How do you react to all of this? How do you defend yourself or your company from this kind of illegal behavior? Depending on the scope of the problem, several paths can be pursued in order to restore your online reputation:

Calling it “online reputation” really is redundant. Your online reputation simply is your reputation. In the digital era, nothing is protecting you from criticism anymore. This is good from a freedom of speech perspective; bad if your company has been defamed and attacked.

To conclude, ten practical tips that sum up what we have covered in this guide. The world of brand reputation will change in the coming years, but following these simple “commandments” definitely will benefit you and your brand:

According to several business experts, trust is a perishable asset and it is hard to gain. Making people respect you and your work is more important than any other online reputation management commandment.

After years of hiding critics, Mc Donald’s publicly forced egg suppliers to raise hens’ living standards according to the People for the Ethical Treatment of Animals request.

3. Monitor what they are saying about you

Dear whoever runs Apple now, how about inventing an iPhone with a battery that lasts longer than half an hour?! You absolute morons.

Apart from the aforementioned reasons to monitor your online reputation, social media monitoring also can bring business! These days, lots of people ask questions via Twitter and Facebook because they are evaluating whether or not they should buy from you.

In case of a customer complaint via Twitter, for example, a prompt and simple “We are aware of the problem. We are working on it and will get back to you as soon as possible.” is better than a late reply with more information.

In 2009, Whole Foods CEO John Mackey’s WSJ op-ed on Obama healthcare reform caused a controversy among WF customers. Two days later, the company provided a response statement recognizing there were “many opinions on this issue, including inside our own company” and invited people to share their opinion on the matter.

6. Treat your Google page 1 as your business card

First impressions count, and we do judge many books by their cover. If the words “scam” and “rip off” are associated with your brand, then that is something you should worry about.

Criticism can be the chance to learn more about your audience and craft a better message in the future. Motrin’s controversial “baby wearing moms” commercial sparked a lot of criticism. It did not come from competitors or illegitimate attackers, but from people in Motrin’s target audience who felt offended by their promotional content.

Sometimes we simply have to fight illegal behavior. In 2009, Domino’s Pizza employees who posted disgusting videos of themselves playing with food were fired and arrested. Another example is people who post false information on the internet. Sometimes, if you don’t sue them, they might do it again.

9. Learn from your mistakes

CORRECTION: @jmbergoglio is not the account of Jorge Mario Bergoglio. Our apologies.

Sony certainly learned a reputation management lesson back in 2005. The company placed copy protection (XCD) on its CDs which created computer vulnerabilities that malware could exploit. Instead of being upfront about their mistake, Sony stonewalled criticism and lost millions in class-action lawsuits.

10. Ask for help if necessary

If your online reputation management efforts are not enough to protect or restore your brand image, you have the choice to request help from a professional.

About the Author: Dan Virgillito is a content strategist for Massive PR, providing online reputation management services (i.e., helping companies monitor, defend, and restore their brand reputation on the internet).