Timely and Relevant Is The Only Message That Matters

Blog / Timely and Relevant Is The Only Message That Matters

During the 2014 Grammy Awards, musician Pharrell Williams was seen wearing an unusual hat: 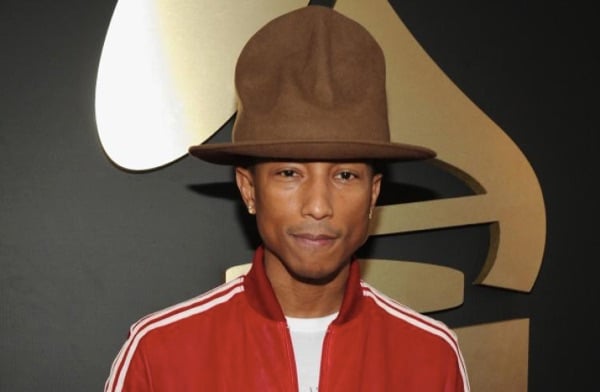 Sure, he may have gotten some funny looks, but it didn’t seem like a big deal.

That is, until a certain fast food chain seized the opportunity to craft a clever tweet:

Hey @Pharrell, can we have our hat back? #GRAMMYs

This was a spectacular feat on several levels. Many brands had been unsuccessfully trying to capitalize on the Grammys, but Arby’s nailed it.

It was also a great use of Arby’s social media persona. The restaurant even gained a funny response from Pharrell himself:

Y'all tryna start a roast beef? 😄😘 "@Arbys: Hey @Pharrell, can we have our hat back? #GRAMMYs”

Those two Tweets gave Arby’s a colossal amount of publicity, gaining tens of thousands of retweets in a couple of days.

And they did it all with just eight words and a related hashtag.

Why did it work so well?

This smart marketing move had two important characteristics. It was timely, and it was relevant.

The most successful marketing is timely and relevant, and as I’m about to explain, that’s all that matters.

If your marketing isn’t timely and relevant, it won’t succeed.

It’s getting tougher and tougher to do marketing right. People are pickier about what they consume, and they’ll ignore anything that rubs them the wrong way.

If you throw salesy terms at your customers and pressure them to buy, you’re not going to get a lot of conversions.

But if you can build a connection with your customers, they just might turn into lifetime brand advocates.

You need to reach your customers where they are. That’s why timely, relevant messages are crucial for your brand.

What exactly does timely and relevant mean?

“Timely” and “relevant” aren’t just buzzwords. They have real implications for your business, and as it turns out, they’re fairly complex.

Many marketing campaigns are timely but not relevant. Often, these campaigns fail.

Make no mistake––timeliness is crucial. But you can still fail if you send a message at the perfect time.

Consider the Race Together campaign that Starbucks put out in 2015.

The campaign definitely came at the right time. The coffee giant launched it in response to the deaths of Michael Brown and Eric Garner, which had just happened the previous year.

The cases were still in the news, and Starbucks decided to create a dialogue about race. It should have been a match made in heaven, but it wasn’t. 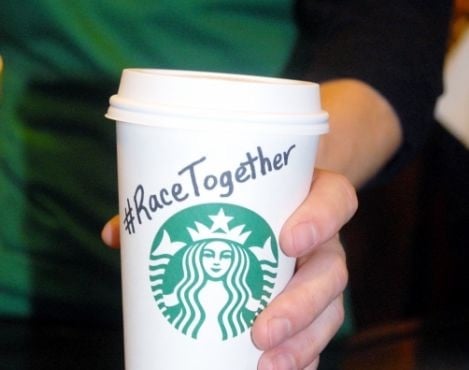 The campaign flopped quite badly.

The initiative itself was inherently flawed. It didn’t matter that it came at the right time because it just wasn’t the right marketing approach.

The race issue is definitely of intense importance, but the way it was approached was solidly off.

So timeliness is definitely important, but your marketing can’t be just timely. It also has to be relevant.

To be relevant, you have to think about your audience’s current needs, wants, and opinions.

You can’t base your ideas of relevancy off of old trends or data. You have to stay up to date and figure out what your customers want and like right now.

You have to think about what your customers want, where you can reach them, and how you can benefit them. 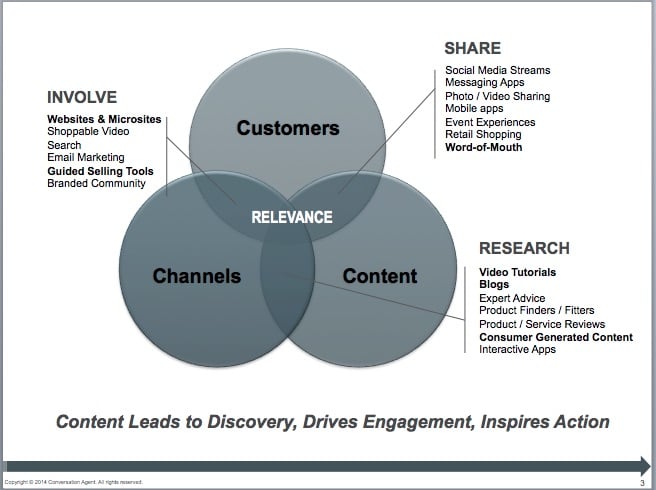 If your audience isn’t interested in what you have to offer, they’re not going to listen to you.

If your audience isn’t hanging out in the same places you’re marketing, they’re not going to hear you.

If your audience doesn’t derive any value from your marketing, they’re not going to pay attention to you.

Last but not least, if you want to be relevant, your marketing has to fall in line with your audience’s values.

If you launch an initiative that your customers fundamentally disagree with, you won’t see much success. The same thing will happen if your marketing is insensitive or poorly done.

To sum it all up, relevancy means catering to your customers in as many ways as you can.

When you combine timeliness with relevancy, you get a one-two punch that almost never fails to convert.

The danger of the wrong message

To understand why timely and relevant matters so much, let’s consider some marketing efforts that failed miserably.

One of the biggest marketing fails in recent years has to be Pepsi’s controversial ad that was called “tone-deaf” by almost every media outlet in the world, from the New York Times to USA Today.

The 2017 ad involved TV personality Kendall Jenner taking part in protests and eventually offering a can of Pepsi to police.

Pepsi said the ad was meant to “project a global message of unity, peace, and understanding,” but it fell flat because the ad painted an unrealistic portrait of protests and the interactions between police and protesters.

Like Starbucks’s Race Together campaign, Pepsi put this out at the right time, in the wake of police protests that seemed to divide America, and the company’s intentions were positive.

However, the ad wasn’t relevant. It was far too staged and the situation far too impossible to relate to viewers.

To put it bluntly, the public thought the ad was a ton of crap and spoke out against it. (Pepsi removed the video from their channel, but the re-uploaded version received over 150,000 dislikes!)

The flak that Pepsi received for the ad was more than negative publicity. Pepsi learned the hard way that the wrong message at the right time won’t work, and that was a wake-up call for businesses around the world.

You don’t have to be Pepsi or Starbucks to send the wrong message and alienate your audiences––it can happen to a business of any size.

SaleCycle found that out when its content strategy failed.

The B2B company wanted to produce more content and provide more value to its readers. So far, so good.

However, they focused more on quantity and less on quality.

Even though they had 100 blog posts, just 10 of those posts made up half of their total blog traffic. 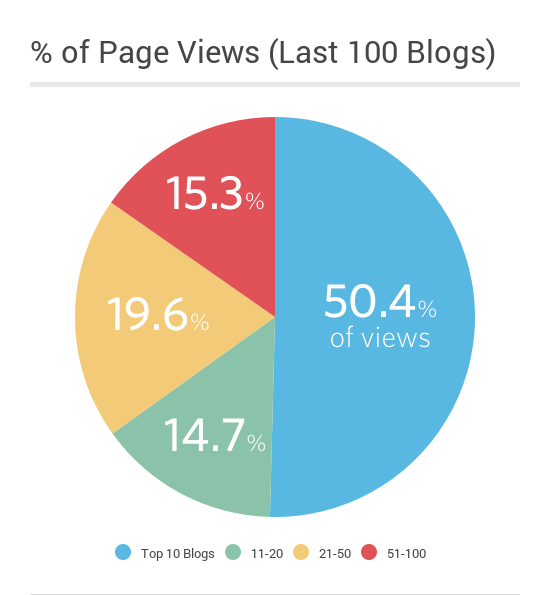 While it may have been timely, it wasn’t relevant whatsoever.

These examples prove that you need both timely and relevant marketing. You can’t just have one or the other.

Being timely but not relevant (or vice versa) is an awkward imbalance. It makes it seem like you’re kind of paying attention to your audience, but not really.

Both the Pepsi ad and SaleCycle’s content strategy were timely, but they weren’t relevant. In both cases, customers felt distanced from the business.

Ultimately, it’s your customers who decide whether or not your message is timely and relevant. That’s why you have to prioritize them.

You have to know your customers

Being both timely and relevant requires you to listen to your customers, get to know them better, and produce content that they want to see.

That sounds simple enough, but how does it play out in real life?

Basically, you have to continually track certain elements of your audience and use customer feedback to improve.

Okay, that still sounds simple. But trust me––there’s a lot to it.

Many businesses think that they can just glance at online reviews or social media posts to create timely, relevant messages.

But here’s the thing – customers want you to know them super well.

But the customer-business relationship is a two-way street. If you’re not doing your part, why should your customers?

So put in the extra effort to build personas, get to know what your audience wants, and cater to them.

Make “timely and relevant” your motto

I hope you’re convinced that timely and relevant are truly the only message that matters.

Understanding is only the first step. You have to implement it.

As corny as it sounds, being timely and relevant has to be something you are and not just something you do. (I told you it sounded corny.)

You might tell yourself that you’re being timely and relevant, but if your customers still aren’t happy, then you’re not doing so well.

Pepsi is a perfect example. When it created the disastrous TV ad, it wasn’t trying to deliver irrelevant content to their customers, but they misunderstood the kind of content their customers would connect with.

There’s no doubt that Pepsi thought it was delivering a message that was both timely and relevant.

Just like you probably think you’re delivering the right messages to your customers.

For all I know, you are. But the point is that you can’t ever assume you’re doing the right thing and turn a blind eye to your customers.

If you want to create the most timely and relevant messages, that concept has to be a focus throughout your company.

Everyone on your team should be thinking “timely and relevant.”

Think of Amazon’s mission statement. It’s easy to remember and permeates every level of the company.

Our vision is to be Earth’s most customer centric company; to build a place where people can come to find and discover anything they might want to buy online.

Every Amazon employee knows that this is the goal. In the same way, your entire team should live and breathe “timely and relevant.”

That concept has to guide everything you do.

If everyone isn’t on the same page, then one person’s efforts could get completely lost in translation.

You care about your customers, right?

Obviously that’s a rhetorical question because you do care about your customers.

But be brutally honest with yourself: When you put out your content, run your shiny new marketing campaign, or release a new product, does that attention to your customers still come across?

The Pepsi and Starbucks fiascos proved that intentions don’t always translate into actions. What begins as a good-natured marketing plan may end up taking a nosedive.

At the heart of the matter, being timely and relevant is all about taking care of your audience.

If you listen to what your customers have to say and understand what they want, you’ll almost never send the wrong message.

You’ll be able to see what kind of content is both timely and relevant.

Is your marketing and content timely and relevant? Have you had issues delivering the right message for your customers?

About the Author: Daniel Threlfall is a content marketing strategist who has helped to engineer the growth of blogs such as NeilPatel.com, increase the international expansion of Fiji Water, and improve the brand reach of Shopify. Daniel is the co-founder of Launch Your Copy, a resource to help copywriters triple their writing speed and blow up their income.