The Secret Side of Google AdWords: Video Ads

If you are using Google AdWords to generate leads and drive sales, you’ve probably noticed increasing competition for many of your keywords over the last few years. As a result of that competition, it has become more expensive to run a traditional AdWords campaign.

Luckily for you, many marketers have yet to discover Google AdWords for video, and this presents a HUGE opportunity. With AdWords for video, you’ll often find less competition and much cheaper keyword costs. All good things, right? Of course, costs will vary greatly depending on your industry and keyword focus, but on average, they are about 6 cents per view or click.

Here’s what you need to know in order to run a successful AdWords video campaign.

AdWords for Video – A Quick Overview

AdWords for video enables you to display video ads in the YouTube search results or before, during, and after videos on YouTube and the Google Display Network. Unlike a traditional AdWords campaign, with AdWords for video, you can use demographic targeting to more efficiently reach your audience.

The targeting options are fairly basic (age, gender, and interests), but still, they are useful. This is the biggest advantage of using AdWords for video, as you have much more control over who sees your advertisement.

Google TrueView videos are called such because advertisers are charged only when a video actually is viewed by a user. The biggest strength of TrueView is the feedback provided to advertisers. Who are the users? Where are they coming from? And most importantly, are they watching?

The best video marketers are able to interpret this data to make better-informed keyword and targeting decisions. By reviewing this data on a daily or even weekly basis, you’ll be able to significantly decrease your cost per click/view over time.

The three formats offered in TrueView are in-stream, in-search, and in-display. (Note that in-slate is no longer available and was discontinued by Google in June of 2013.) Each works a bit differently, and those differences are worth noting, as they influence how people come into contact with your ad and what they must do to access it.

In-Stream: Ads play at the beginning, middle, or end of YouTube partner videos (partners are any YouTube user that has decided to make money by displaying ads in their videos). Viewers have the option to skip the ad after 5 seconds. If the video ad is 30 seconds or longer, you’re charged once the ad reaches the 30-second mark. With shorter ads, you’re charged only if the entire video runs. 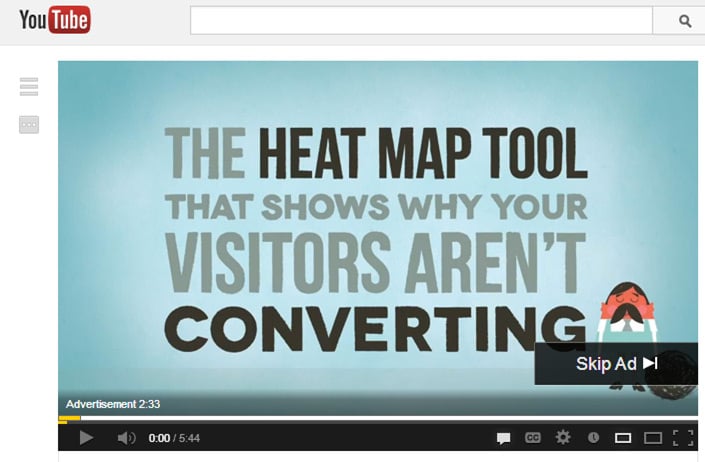 In-Search: Ads are displayed in search results when specific keywords are searched and aren’t played until someone selects the video. You’re charged once the user clicks to play the video. 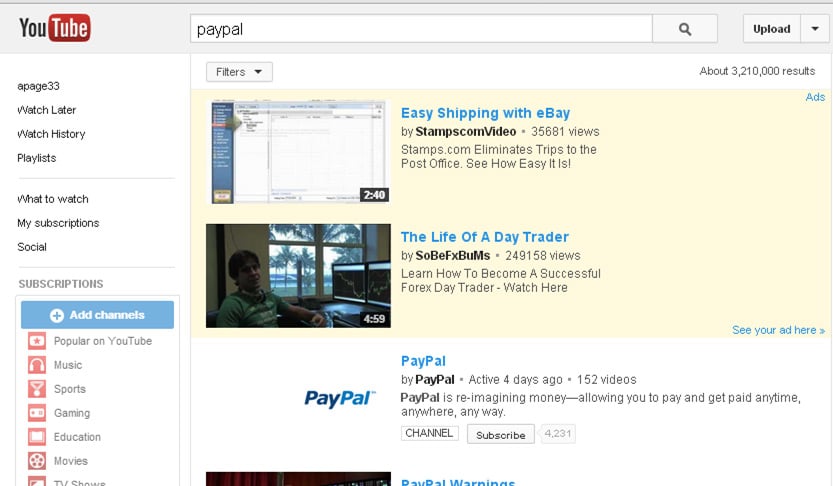 In-Display: Ads appear next to other videos on the YouTube Watch page and are labeled as an ad. You’re charged once the user clicks to play the video.

It’s also worth noting that a single advertisement may appear in any number of formats, allowing you to test which works best for your product, business, or service.

How to Know if Adwords for Video is Right for You

AdWords for video provides a ton of benefits, but it’s not useful for all businesses. Video may not be a good choice for the following reasons:

How to Create a Great Video Ad

The best-performing video ads are the ones that provide real value to the viewer. Let’s take pizza as an example. Are you more likely to watch an ad that attempts to sell you a pizza or a video ad that teaches you how to make great-tasting pizza?

Of course, you’re much more likely to watch the latter. The Bertucci’s restaurant ads are a great example of this. With their engaging how-to videos, they generated customer goodwill and increased their YouTube subscriber base significantly. How-to video ads can be created for any product or service. What is your audience interested in learning about?

And here’s one of the many positive comments that Bertucci’s received:

Let’s face it, humans get bored easily. Our attention spans are growing shorter every day, and as a result, shorter videos tend to perform better. (Short means no longer than 60-90 seconds.) This is especially the case with in-stream ads where users have the option of skipping your ad before watching the video they originally selected.

2. Focus your video to the specific keywords you’re targeting.

This is critical. If you aren’t presenting your content to the right audience, then you might as well not even bother creating an ad. You can produce the greatest video ever made, but if it’s not relevant to the viewer, they are not going to pay attention. This means you need to be ultra-focused with your keywords and constantly testing and removing keywords that aren’t performing, especially if your budget is small.

One way to make sure your videos are relevant to the viewer is to create unique videos for each of your keyword groups. For example, let’s suppose you own a website where you teach want-to-be coders how to code HTML. User A does a YouTube search for “How to Code HTML” and user B searches for “HTML coding courses.”

To provide the most value, user A should be shown an ad that provides one or two basic coding tips to pique their interest. Then, the CTA can direct them to your website or YouTube channel to learn more. Since user B is looking for a course, you could show an ad that explains the benefits of the courses offered on your website. Treehouse does a great job of this in the video below.

3. Testimonials are powerful. If you have them, then leverage them.

People can be cynical, and if you’re speaking about your own company or product in an ad, a viewer’s initial inclination is to be skeptical. But generally, if another person is recommending a product, it carries more weight.

There are many ways to surface customer testimonials in a video. You could conduct video interviews with customers and use these clips as the focus of your ad, take customer quotes and surface the text in your video to reinforce messaging, or create a customer logo wall and display the images in your video. You can even have your customers record their own testimonials like Bigcommerce does with this video.

4. Be purposeful and consistent in your messaging.

If your video is humorous, it should be so because that’s part of your overall brand messaging and you believe your target audience will relate to the content.

It’s also important for your video and landing page messaging to be in sync. Don’t just link users to your homepage from the video. If your landing page and video ad messaging is consistent, you’re much more likely to generate a positive ROI.

You don’t always need to reinvent the wheel. There are countless ways to repurpose your existing marketing content. For instance, maybe you recently spoke at a conference. You could easily turn that presentation into a how-to or educational video that teaches the audience about something they’d be interested in. Or you could compile a list of your best customer case studies and create a slick kinetic typography video that tells the story.

Video is Here to Stay

Video has taken over the web, and AdWords for video is an innovative way to attract customers. YouTube itself is responsible for a staggering 17% of all North American web traffic.

While the audience is large, there’s less competition, as many marketers have been slow to adopt online video campaigns. This presents a great opportunity for marketers willing to invest in video content. And if you’ve used Google AdWords, getting up and running with an AdWords video campaign is surprisingly simple.

I’d love to hear how you’ve used Google AdWords for video to drive business. Share your thoughts below.

About the Author: Andrew Page is the Founder of Video Rascal, a web app that empowers users to create professional animated videos for use on websites and social channels. To learn more, you can visit VideoRascal.com or follow them on Twitter @videorascal.