What is Games as a Service (GaaS) and What Does it Mean For Marketers?

Blog / What is Games as a Service (GaaS) and What Does it Mean For Marketers?

Games as a Service (GaaS) was introduced as a barrier between consumer cost concerns and user engagement. It offers a way to bring down customer acquisition costs and has been proven to keep users in a game for far longer than the pay-to-play method. EA Games, for example, increased its market value from $4 billion to $33 billion in just six years after introducing GaaS content.

Games as a Service acts as a continuous revenue service for developers, allowing them to break their reliance on the one-time purchase. With more games being developed every year, GaaS gives them a competitive advantage in the fight for user attention. It also allows advertisers to get exposure in some of the most popular games played in today’s market.

What Is Games as a Service (GaaS)?

Games as a Service refers to games that operate without initial purchasing costs and instead, make their profits on subscriptions or in-game purchases.

Games as a Service allows video games to be monetized even after they are released and it has been proven to keep players more engaged longer. Instead of beating a level, losing interest, and forgetting the game in the back of their closet, players are constantly brought back in with the promise of new and upgraded content.

GaaS games can often be streamed directly from the cloud to a user’s device, which allows them to be accessed from anywhere, anytime. It also allows for better cross-platform functionality, a crucial part of staying competitive in the gaming industry.

This strategy allows games to be updated weekly, monthly, or sometimes even daily to keep users engaged. New content often comes in the form of “drops” or “releases” when announcing new content—a technique that echoes Supreme’s luxury marketing strategy.

Features like unique billing and subscription services have completely shifted the gaming business model. In a Games as a Service environment, payments are unique and personalized, offering a wide range of accessibility to incoming gamers.

Games as a Service Payment Options

In addition to these updated payment options, Games as a Service players have the ability to pay via cryptocurrencies, in smaller payments, and with more frequency.

This new business model is certainly changing the landscape of gaming by offering accessibility, usability, and big profits all around.

Games as a Service Microtransactions

A microtransaction is a business model in which customers pay a low fee for a quick transaction, usually to purchase virtual items or unlock new features.

An example of this would be a player paying $2 to buy a new horse for their character to ride, or $1 for a new hat.

Microtransactions allow developers to monetize their games in a number of ways, far beyond the initial purchase point. Some games will require a small fee to unlock the next level or to access new features. These transitions are often referred to as “in-game purchases.”

On their own, these transactions may seem insignificant. Can a developer really profit when every player is only spending a dollar?

Think about it this way.

The online game League of Legends (LoL) is played by 115 million people, worldwide.

If each of those players spends even $5 while in the game, then they’ve made just over half a billion dollars.

Virtual currency is used in many games, either as a trade-in value for real funds or to purchase features while playing. These currencies can come in the form of jewels, gold coins, tokens, and more. They can also be collected by completing quests, slaying monsters, and other such in-game activities.

Popular cryptocurrencies, like Bitcoin and Litecoin, can also be used in certain games. In games such as Lordmancer II by Active Games, gamers can even earn cryptocurrency by acquiring game assets and trading them in the in-game market.

Brands are also getting into the action by offering gamers virtual currency or exclusive game add-ons by buying their products and entering codes into their virtual storefronts. Mountain Dew and Butterfinger are two examples of brands successfully bridging the gap between physical brands and the virtual gamer environment.

Games as a Service Business Models

There are several Games as a Service business models that offer creative, experimental, and exciting new ways of monetizing the gaming industry. It’s important to note this field is still evolving and new models, regulations, and content strategies will continue to shape its growth.

One of the most effective ways of continuing to monetize a game even after its release is to continue selling products to players in the game.

In certain Games as a Service models, players can pay to buy new equipment for their characters, unlock new levels or features, and even increase their abilities.

Loot boxes are one of the most well-known in-game content transactions, where players pay a small fee ($1-$3) to pull special items from a virtual box. This tactic has been accused of promoting gambling with children and it has been banned in some European countries. That being said, their profits are tremendous. Loot boxes are projected to earn $50 billion by 2022 and companies can often sponsor items.

The revenue from in-game purchases provides an incentive for game developers to continue updating and improving their games. For players, it brings new and exciting content more often, and in higher-quality.

Pay-to-play refers to games that customers have to pay for to access. For many games, this means paying for a physical copy of a game and playing it as much as you want.

Certain games, such as World of Warcraft (WoW), only require you to pay-to-play after you reach a certain level, or after a predetermined amount of playtime. This way, players can explore the game, see if it piques their interest, and then invest once they know they want to commit. WoW operates on a subscription-based service, which requires a monthly fee in exchange for playtime.

Some companies who follow this model also use other Games as a Service tactics, such as selling in-game content or paying for new downloadable content (DLC). According to Newzoo, a games market insight firm, 2.7 billion people will spend around $159.3 billion on online games in 2020, so it’s safe to say this method is working.

With an increasing amount of users now participating in Games as a Service, it’s no wonder advertisers have seen a huge market.

In-game ad placements allow developers to expand their revenue streams beyond pay-to-play models and even beyond the Games as a Service model.

Ads can be shown as videos on loading screens, or they can even be adapted into the game, such as Gatorade’s advertising in NBA 2K18’s “The Neighbourhood” mode.

In fact, players don’t even mind seeing the ads in their games. A 2018 Ipsos study found that 47% of users can recollect an ad they saw while playing a game, meaning it was part of the experience, and not an annoyance. What’s more, 50% of users found watching the ads to be “visually appealing.” 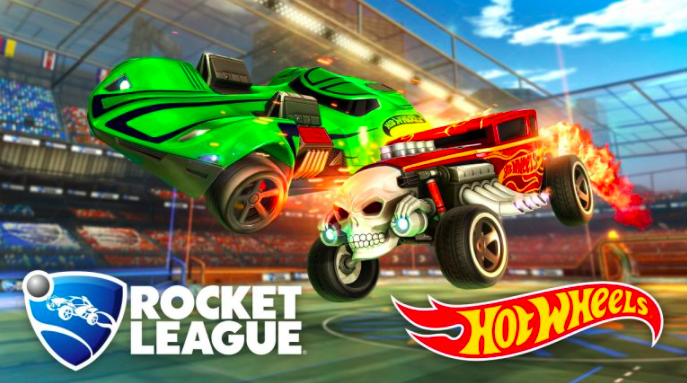 One popular way to increase in-game revenue is to constantly add new content to a game that players need to pay for to access.

Fortnite is one of the most popular examples of this method, where players have to buy into each new “season” of content. The seasons come out four times annually, but developers also earn revenue through microtransactions between seasons.

This is a great way to keep a player base active while spending far beyond the initial release of a game. It is also a big value-add for existing users, who benefit from new and exciting content on a regular basis.

Even free-to-play platforms can benefit from this strategy as it monetizes new content instead of existing.

Game bundles are a collection of multiple titles, conveniently bundled into one package that users can purchase, usually at a discount.

Bundles are often used by game developers as a way to engage new users with their existing games, by offering high-value titles along with less popular ones. This is an easy way to generate new leads on an existing, but not widely popular product.

Game bundles reduce the unit cost of games and help increase the potential reach of developer products. It’s a simple and easy way to promote certain products or to increase the revenue of a normally unprofitable product. Brands have also worked with developers in the past to offer sponsored bundles with perks.

Cloud gaming services offer unlimited access to a wide variety of games. These platforms usually operate on a subscription basis, where users pay a monthly or annual fee in order to get access to the library. A normal subscription is around $4.99-$19.99 a month.

Cloud gaming services focus on high-end, graphics-heavy games that usually require more sophisticated hardware to run. All games are hosted in the cloud and can be streamed to user devices.

One of the great benefits of cloud gaming services is that users can save money by not paying for each game individually.

Some platforms offer a large number of games that users can play by downloading an app.

Many of these platforms also let users earn money while they play, making them an exciting new trend in the gaming community.

Some of the most popular multigaming platform apps are WinZO, MPL, Coco, Hago, and BaaziNow.

Some platforms, such as Roblox, offer many games for free, but some can only be accessed by paying a premium membership. This is a strong incentive for users to become more entwined with a certain platform. It also makes their premium games more lucrative.

Premium memberships can range greatly in price and services offered. Some also offer virtual currency through purchases or discounts on future purchases. Ultimately, it’s all about benefiting the buyer and increasing return on investments.

What are "games as a serivce?"

Games as a service refers to a monetization strategy where brands create games that serve as a recurring revenue model, either by charging a monthly fee or selling features, points, or coins as an upgrade.

What games are games as a service?

What are the cons of games as a service?

The cons of GaaS vary by platform, but common concerns include the impact of microtransactions on the playing experience and higher overall cost for players. Some players object to the model because it allows users who spend more (rather than play better) to advance more quickly.

Games as a Service: Conclusion

With the introduction of Games as a Service, the gaming industry has seen a major shift in the way it approaches consumer sales.

Now, developer goals have moved from selling as many copies of a game as possible, to maximizing recurring revenue.

The future of Games as a Service is still evolving, but we can expect to see more innovative and exciting ways of getting games and brand exposure to players in the coming years.

Do you have any products that could integrate with the Games as a Service model?