They might be a problem. A hurdle for sure.

But it’s rarely THE biggest problem responsible for traction or flaming out.

Likewise, churn is an issue. It can send you in a negative tailspin.

But again, top line growth masks all. Papers over enough cracks until you can get your head above water. You keep getting people in the door and you can get by with many other ‘leaks’ along the way.

No. The biggest problem is obscurity. Nobody knowing who the hell you are. And therefore not willing to give you the time of day (let alone, their email or credit card info).

Most companies struggle simply because they can’t get enough people in the door.

Here’s why, and how they had to ‘flip the funnel’ in order to scale growth to massive heights in only 24 months.

I recently had the privilege to interview Claire Suellentrop with Brian Sun at Autopilot. We talked about her history and story. Where she came from and where she’s going. In my completely unbiased opinion, it’s super interesting. You should read it. 😉

But it was the admission that Calendly had over 10,000 beta users that stood out.

They amassed more users than most mature SaaS companies. While still in beta. (That alone probably deserves it’s own post. Tope, you readin’ this?) 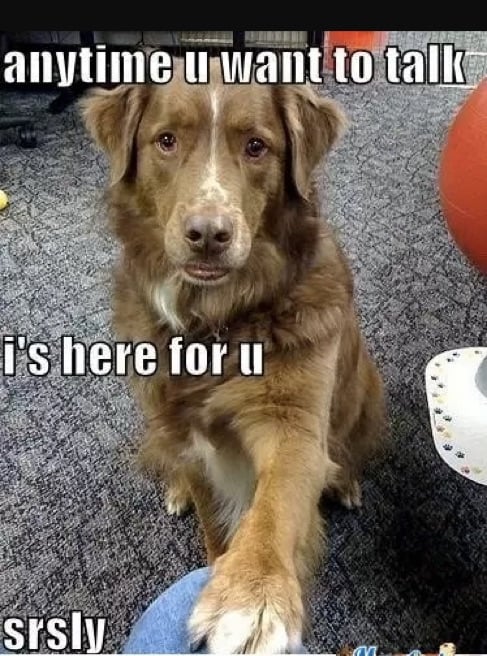 Calendly didn’t struggle with the first pirate metric that most others do. That was more or less taken care of initially. They could open up to paying customers and already see a nice chunk of them convert overnight.

Claire didn’t have to get knee deep in Facebook ads or pray to the SEO Gods at the beginning like most marketers do. Instead, she had to look deeper into the conversion funnel to figure out (a) who their most active customers were and (b) how to better tell their story.

Because that unsexy, unglamorous stuff buried deep at the bottom of the funnel is where the real money is made. 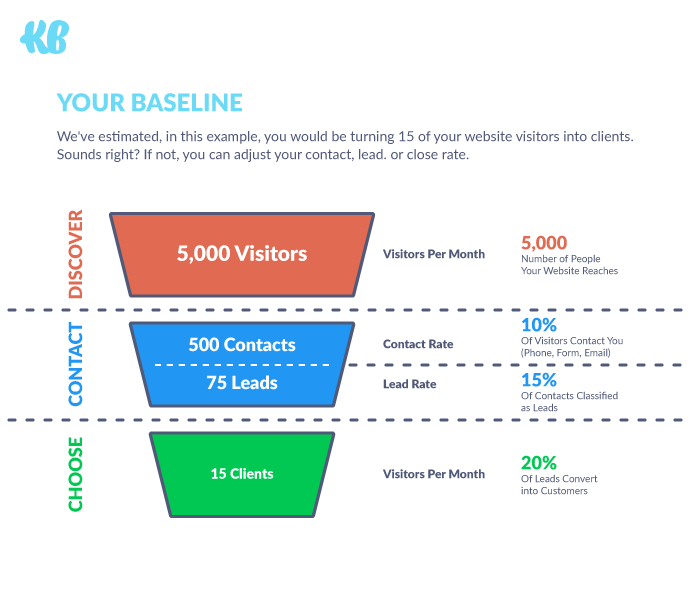 Calendly’s built-in network effects means that each successful customer should bring in additional customers. So their unique position meant they could switch focus from top of funnel stuff you read about online everyday to the stuff that’s rarely (if ever) addressed: keeping peeps happy.

They spent a lot of time going backwards initially. Re-tracing their customer’s steps and getting a better understanding of who they were (and what they were trying to do).

That started with segmenting their user base by most active customers. They already knew people in sales and revenue-oriented roles loved the product. So those were easy.

But it was the ones they didn’t know about that surprised them.

How Calendly Discovered New Use Cases

Segmentation is one of those boring research things.

Everyone says it’s important. Starts with the basics like vertical/industry/demographics/role. And then stops. Because: MOAR SEOS!

True segmentation actually goes a lot deeper. There’s segmentation by purchasing occasion, for example. Or specific events, like Christmas, that act as a catalyst to buy certain products.

Use cases are similar. Exploring people’s daily lives to see how and when potential uses for your product pop up.

Calendly was already aware of a few obvious use cases.

Claire said that they initially “pictured it being a bunch of sales guys that would add it to their outreach emails”. You know, cold calling 2.0 and all that.

But they knew there was more. They were watching how actions people took in their software lead them to the most profitable customers. So they lined up dozens of customers interviews to uncover how the product was fitting into their day-to-day workflow.

The objective was to uncover the real reasons people used the product (vs. the manufactured reasons everyone internally believes) and use that to better construct landing pages or other site-wide messaging to drive faster Activation and stronger Retention.

Today Claire is doing much of the same work with Love Your Customers. She’s working with companies to find these ways to improve their onboarding flow to drive product adoption faster. Digging into existing customer behaviors and using that data to make Activation shorter or faster. And then coming up with new ways to re-engage those who abandon.

Calendly discovered new use cases they hadn’t even thought of during those initial interviews.

Marketing leaders and sales managers were building marketing funnels that were completely dependent on scheduling through Calendly.

Customer interviews helped Calendly realized that it wasn’t just a sales rep tool, but an essential piece of their ‘marketing stack’.

They were then able to turn around, write new support docs explaining this use case, create content on teaching others how to similarly use Calendly in their own marketing efforts.

Like this one from Sean McVey, Director of Demand Gen at Virtru.

“Only 25–30% of inbound leads were actually scheduling demos— which was a low conversion rate, considering people were clicking very specific CTAs like ‘See a demo.’”

So he decided to rethink the typically boring Thank You confirmation page, instead embedding Calendly directly to remove friction in the signup process while also removing the burden from his salespeople’s backs. Sean told Calendly that even after this tiny change, he “saw pretty quickly that our conversion rate was nearing 50% or more.”

So he took it one step further, personalizing the Thank You page (and therefore, sales person + calendar) depending on deal size. Then he also set-up Slack notifications to fire every time a new lead filled out their form. And another for when a Calendly appointment was successfully sent.

So he could easily count daily conversions – both the initial form submission and successful appointments booked – for reporting, analysis, and iterating.

“Within the first month of using Calendly, we jumped to 61% of leads scheduling a call,” said Sean. Here’s how you can do it, too.

How to Create a Calendly-Driven Marketing Automation Sequence

Forms are the backbone of marketing automation.

They’re the springboard to triggering everything else because people are explicitly showing intent in something specific. Next up, these contacts are added to a ‘smart list’ depending on their answer.

These lists are dynamic (as opposed to static), so they update continuously. And they control how these specific people will be ‘enrolled’ into automation workflows.

For example, here’s one my company uses for new applications we receive. People applying for jobs are then controlled and segmented based on which position they’re interested in. So now someone who’s interested in a Marketing position can be sent over to the person in charge of Marketing (or, me).

But guess what? You don’t need fancy software to do this. Gravity Forms also works perfectly. They have conditional logic that allows you to determine the ‘thank you’ confirmation message someone sees depending on how they answer a question.

Let’s bring this back to Calendly.

Deal size is one easy answer. Depending on a company’s revenue (or number of employees in Sean’s case), you can usually tell if a customer’s going to sign up for $3,000, $30,000, or $300,000 worth of products and services. Qualifying questions can be used to determine whom those people should speak to (or whose Calendly link they should receive).

Referral source is another. The Outbound 2.0 Bible, Predictable Revenue, says to specialize sales roles. So one person qualifies outbound leads while another for inbound.

Here’s how that might looks using Gravity Form’s conditional logic: 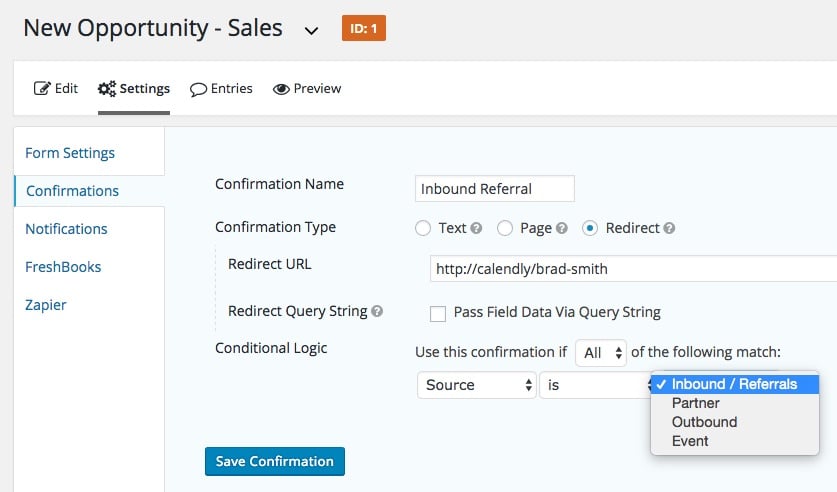 If their Source matches Inbound (or personal Referrals), they go to my calendar.

You can also extend this sequence with Zapier. (Here’s a previous article I wrote about hacking automation with Zapier for more background.)

Zapier lets you create filters that will determine whether or not this new submission should go somewhere else (to a new page, a new app like Calendly, etc).

For example, you can have a radio button or drop down that explicitly asks people if they’re interested in a Demo (or not). So if they answer yes, only filtered contacts get through. And you can instantly add them to a well-oiled workflow that also adds the new prospect to a series of other apps you might be using.

For example, a new successful form submission leads to:

And of course, like any good automation sequence, you can build this out depending on a few scenarios.

✅ Someone filled out a form but did NOT create a new Calendly appointment? Send follow up emails or texts with the appropriate link until they do.

❌ Still no answer after ~30 days? You can safely assume they changed their mind. You can have an automation sequence that will automatically unroll them as a lead.

✅ Appointment go well? Add them to your invoicing software and send it out!

For example, you can use the same info already submitted (like client contact, company name, etc.) to create and send a new Freshbooks invoice. Connect Stripe or PayPal to Freshbooks and you can now not only accept payments online, but also monitor payment status with Slack messages.

The sky is truly the limit.

Traction is the #1 problem for most startup companies.

But not Calendly, who was able to ‘go live’ with thousands of beta users already in the pipeline.

Instead, their major hurdle was in making sure people not only converted but stuck around for the long-term, too. Increasing retention leveraged their network effects; empowering each existing customer to bring in brand new people.

So Calendly dove deeper into understanding what makes their customers tick. They lined up interview after interview. And used each new insight or tidbit of wisdom to better tailor their messaging.

Integrating their product into marketing automation use cases was one powerful example.

User stories, like Sean’s, allowed them to showcase how current customers were solving difficult challenges. How those customers were benefitting in both hard ($$$, %%) and soft (hours saved) terms.

And how their product was the only obvious, viable alternative for other people like Sean.