As a died-in-the-wool geek, I stand ever ready to defend my personal preferences in superheroes as if they were objective facts with religious importance for all people.

In that vein, allow me to explain why Batman is better than Superman, and how putting this knowledge to work could increase your leads and sales.

The way I see it, there are three main reasons:

1. Batman actually has to try

One of the most annoying things about Superman is how overpowered he is. I mean, it’s bad enough that he’s indestructible, can fly to alternate dimensions at will, and that his sneeze will destroy an entire solar system. 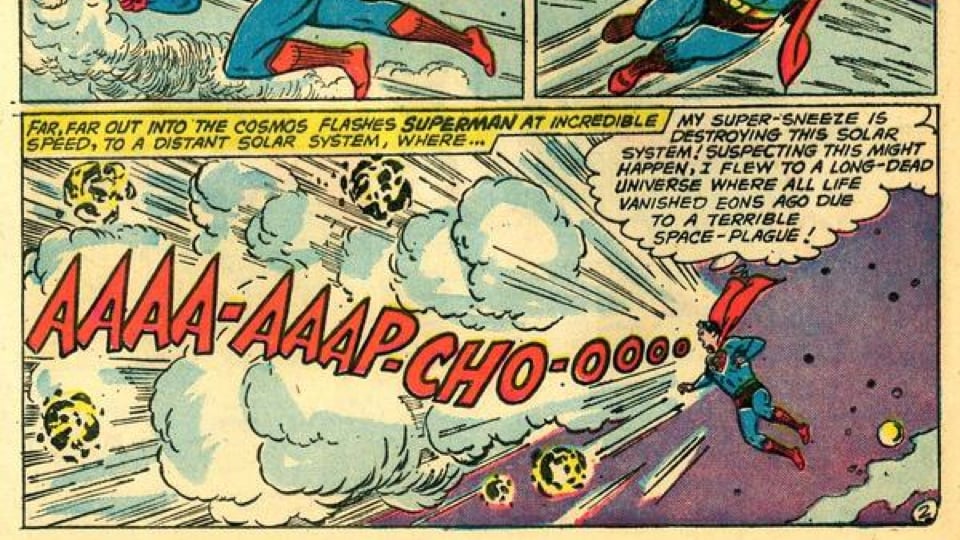 But it’s even more annoying that, despite his ability to hear every conversation on the planet, multitask at speeds where common mortals appear motionless, assimilate complex books in seconds, freeze or melt most materials, see through anything except lead, move well in excess of 5,000 feet per second, and let’s not forget fly…not only has he been completely unsuccessful at eliminating crime worldwide, but he can’t even get it under control in a single city.

This implies that he is not merely dimwitted and incompetent, but also incredibly lazy. Even a determined moron—or an indolent genius—with these sorts of powers would still have solved the problem by now. If you gave Batman those powers, the world would be a very different place. Yet Batman manages to keep Gotham under control with nothing but a good brain, a buff (but super-powerless) physique, and a few billion dollars’ worth of custom technology.

How this could improve your conversions

I know. This is all extremely interesting, and you probably had a great rebuttal ready for that snarky comment about indolence (because, if nothing else, All Star Superman established beyond doubt that Superman is a genius)—but what in the blue blazes does it have to do with increasing leads and sales?

Just this: when you’re deciding how you want to position your brand—how you want your customers to perceive you—it’s very tempting to take on the role of Superman. You’d like to think you’re their flawless savior, flying in to the rescue with nary an effort.

The trouble is, customers aren’t looking for a Superman, because Superman is silly. They’re looking for a Batman—someone who can achieve great things, not because he was born that way, but because he has paid his dues in the School of Hard Knocks. Someone who doesn’t pretend he can give them the world when he can’t; but who can give them what they want, because he has developed that ability through skill and determination. While Superman breezes through any challenge (or would, if he remembered to use all his powers), Batman has to face adversity and overcome it. That makes him more relatable, and subsequently more trustworthy.

Simply put, Batman is believable, and Superman isn’t. So when you’re formulating your brand story, where believability is crucial, keep that in mind.

2. Batman has skin in the game

This gives us a certain sense that Batman has real skin in the game when it comes to crime fighting, while Superman is just doing it to please his parents. That isn’t to say his belief in Truth, Justice and the American Way is wrong…just that it rings kinda hollow when, as we’ve already established, he is really doing the bare minimum. When you’re basically a god, but you spend a sizable portion of your time pretending to be a nerdy reporter instead of using your powers to save the world (something you claim to strongly believe in)…well, it just comes across as a bit like you’re going through a superhero phase, as opposed to actually being a superhero.

Batman, by contrast, spends his off hours either running his company, or finding ways to relax (you know what I’m talking about). Both these things are of the utmost necessity to maintaining his role as Batman; which is financially, physically, and emotionally stressful.

The upshot is that Batman puts everything into a cause he has vowed to uphold since childhood, while Superman just seems to be coasting along, putting a bit of time in because he knows he should. Batman really seems to stand for justice and freedom; Superman just pays lip service to them.

How this could improve your conversions

Customers want a vendor who stands for something. Not someone who will fight for them just because he happens to be there and it’s really no trouble, but someone who will put everything he has into getting the job done, no matter the cost—because that is his cause. The more fiercely you stand for something your customers care about—whether it’s beautiful technology that just works, a la Apple, or “free as in freedom” a la Linux—the more fiercely they will support you.

This might sound like a strange reason to think Supes is inferior, but bear with me. Superman, as everyone knows, is a bit of a goody two-shoes. A big blue boy scout. That’s probably for the best, since we only have to look to titles like Irredeemable or The Boys to know what would happen if he were less stable upstairs. Batman, by contrast, tends to brood a lot, and is known for being dangerously obsessive about fighting crime. Simply put, he’s kind of damaged.

Incidentally, the same is true of Iron Man, who garners a great deal more interest (and movies) than Captain America. There’s something going on there, psychologically speaking.

How this could help your conversions

By now you’re probably picking up on how this works, but let me explain it anyway.

Superman seems aloof, unrelatable, or just plain bland by being too perfect. Batman, on the other hand, seems genuine. Customers don’t expect flawlessness—indeed, they are automatically suspicious of it, because no one is flawless. And although it seems counterintuitive to us as marketers, one of the ways customers become more loyal is by defending the flaws of the brands they love. They often consider these foibles to be idiosyncratic—part of what sets the brand apart. “It’s a feature, not a bug.”

This is especially important if you’re a one-man band, or you use a single person (or personality) for presenting your brand in your email marketing. But regardless of how big you are, or what you’re selling, it generally increases customer trust and loyalty when you are frank about your shortcomings. Pretending to be perfect has the opposite effect.

So there you have three reasons to take a Batman approach to marketing. What do you think of my reasoning? Is Batman’s victory decisive, or do you think Superman still has a few things to teach us? Share your insights below.

About the Author: D Bnonn Tennant is the author of the free email micro-course, “5 Sales-Spiking Website Tweaks Gurus & Designers Don’t Know”. It contains no super-heroes, but there are plenty of practical, actionable tips Batman would approve of.