The answer, I’m afraid, is not very many.

The call to action has fascinating psychology behind it that includes width, color, border size, copy, and cool CSS effects. Yet, at the same time, this psychology goes far beyond those elements. When we understand the psychology of the call to action (CTA), we take huge strides forward in our effectiveness as marketers.

Here are the psychological principles that power the CTA:

1. The human mind expects the call to action

The CTA is part of the logical progression of a landing page or website. This principle is rooted in psychology. It’s called the perceptual set theory.

How does it shape expectations?

That, in a theoretical nutshell, is the way we expect things.

Let’s make this visual. Here is a simple example of perceptual set theory, developed by Bruner and Minturn in 1955: 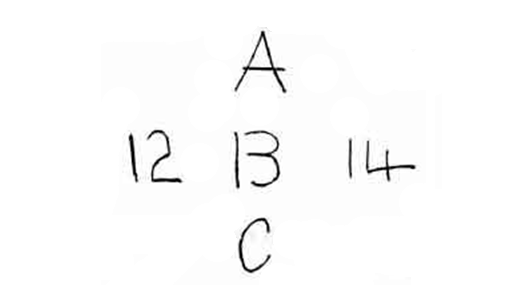 What is that symbol in the middle? Well, it’s the number 13, right?

Yes, but … It’s the letter “B” if your expectations are slightly rearranged. Admit it. You see a “B” now, or at least you interpret it as a “B.”

Expectations vary according to the way in which we selectively interpret the data.

The perceptual set theory has created a proliferation of clever drawings that present the mind with ambiguous ways of selecting and interpreting visual stimuli.

Is this a duck or a rabbit? It’s either a rabbit in the grass or a duck somehow lying on its back in the grass.

If I primed your mind by talking about quacking, waddling, or mallards, then you would have immediately spotted a duck. If, by contrast, I spoke of Easter, hopping, and ears, you would have seen the rabbit.

So, let’s descend from the ether of perceptual theories and psychology and get back down to landing pages once more. When users are on your landing page, they are expecting to see a call to action. Based on their past experience with landing pages and their prior behavior, they are just waiting for you to summon them to action.

This doesn’t mean they are going to convert. It simply means their minds are prepared for the experience of being called to act. They know it’s coming. Their minds have already decided that there will be a CTA.

Expectation affects behavior. That’s why people know to act on the CTA. They aren’t staring at the CTA button thinking, “what in the world is that boxy thing with words in it?” 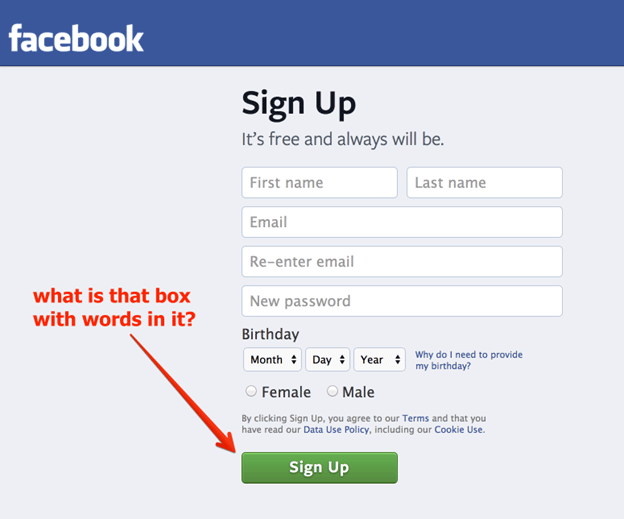 They know. That’s a button. That’s a CTA. They know they are being asked to click it.

How to capitalize on the expectation of the CTA:

You want to make sure that people’s perceptual set matches what you put in their line of vision. Make your button look like a button. Make your CTA obvious.

If you design your landing page with an intuitive, logical flow, your call to action will be more effective. The landing page will actually prime the mind for action by intensifying the expectation and anticipation, creating a more fluid transition into the CTA.

2. The CTA tantalizes our innate sense of curiosity

The human mind is innately curious about what’s going to happen after the CTA.

We know that curiosity is powerful. That’s why we talk about dead cats in conjunction with curiosity.

Yes, “curiosity killed the cat,” but what about this rejoinder: “satisfaction brought it back.”

Curiosity is strong because of the promise of what lies beyond — satisfaction.

Psychologists have developed several theories to explain curiosity. The drive theory of curiosity states that “curiosity, like standard drives, could be seemingly ‘satisfied’ by repeated exposure to stimulus materials.”

One of the most powerful underlying forces in curiosity, however, is not satisfaction alone, but arousal. The idea of curiosity arousal occurs when a person can almost but not quite see, hear, or interpret something. For example, a child wants to see over a fence but is not quite tall enough. What do they do? They jump, climb, or cry. Their mind’s curiosity demands that their body satisfy it.

Loewenstein in “The Psychology of Curiosity: A Review and Reinterpretation” describes the following experiment:

“Smith, Malmo, and Shagass (1954) had subjects listen to a recording of an article that was periodically made inaudible. They observed an initial increase in the tension of the arm muscles when the tape became inaudible. Walerstein (1954) obtained similar results with subjects who listened to a garbled reading of a philosophical essay: There was an initial rise in muscular tension followed by a fall after the first few minutes.”

He goes on to explain:

“Drive-based accounts of curiosity assume that unsatisfied curiosity produces aversive arousal. The desire to reduce such arousal produces the information-seeking that is curiosity’s most basic behavioral manifestation.”

This attempt to gain equilibrium in the state of arousal is what we know as “satisfying our curiosity.”

Trying to find out what happens after the CTA is the pursuit of curious activity. The fact is that we know categorically that we will receive knowledge, confirmation of a product, or something. That categorical knowledge is helpful, as far as it goes. But what we don’t know is what makes us want to click through, to investigate, and to discover.

The CTA for the free ebook below capitalizes on curiosity. 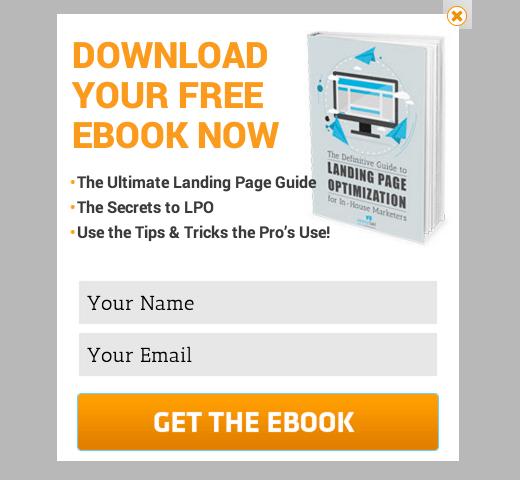 The copy uses terms like “ultimate … guide,” “secrets,” and “tips & tricks.” For the marketing pro, this is appealing. Hopefully, their desire to uncover those “secrets” will drive them to click through. Hello, curiosity-drive CTA.

ConversionXL follows this pattern by offering a “guide” that is “private” and shows marketers the “top mistakes.” Curiosity drives the CTA and the conversion. 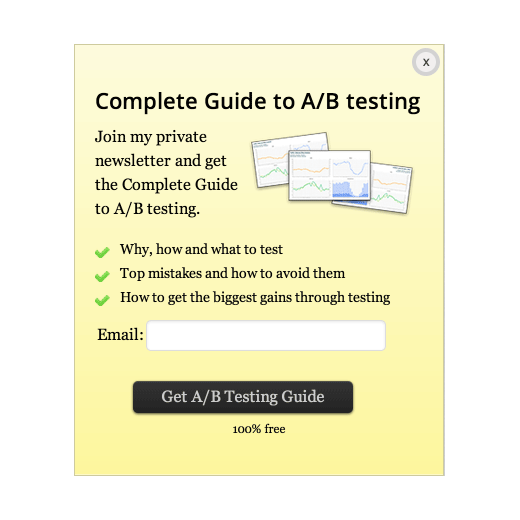 How to increase curiosity:

3. The CTA feeds our psychological tilt toward anticipation

Psychologically, we’re wired for anticipation. We are anticipatory creatures.

Anticipation is a state that we experience all the time:

We anticipate all the time. Anticipation happens deep within the brain, in the brain’s most primitive and basic area — the cerebellum. 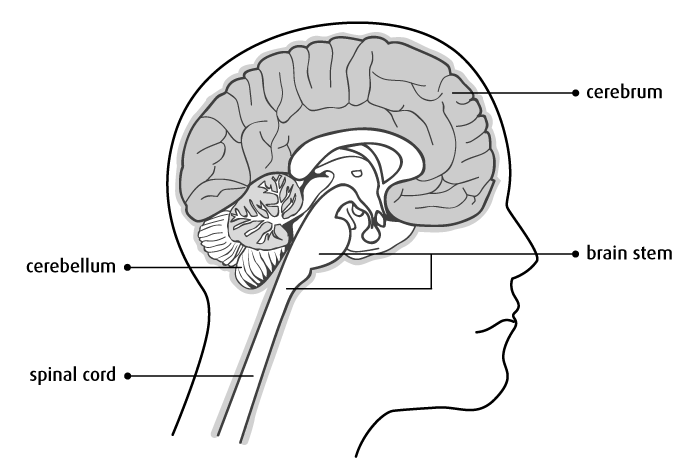 Here are a few facts about anticipation:

How to create anticipation:

Tommy Walker, in his article on CrazyEgg, relates this anecdote:

“When I registered for Facebook … it wasn’t the ‘Sign Up’ button that made me take action. It was the story leading up to it.”

Stories. We’re suckers for stories. In a psychological sense, the CTA is the climax of the story. The landing page provides the introduction and the complication. Along the way, our minds are expecting a climax. The CTA is the climax.

Think about it in the paradigm of Freytag’s pyramid, the plot diagram that we slavishly memorized in high school lit class:

(Who knew that high school literature was going to be so relevant for your marketing career?)

Your landing page starts with the headline — exposition. You build complication (rising action) through your persuasive copy. Then, finally, in an eruption of glorious climactic sizzling-hot energy, you unleash the CTA.

It’s like a story. And the best part is the CTA.

Describe the post-conversion experience as favorably as possible.

The greater the person’s sense of anticipation, the greater their emotional experience while on your landing page. Talk up the big awesome act of converting.

A sense of agreement will advance the feeling of anticipation. Since people prefer anticipating positive events, place them in a positive state of mind prior to your CTA. You can do this by presenting agreeable pictures or making agreeable statements.

4. The CTA reinforces our psychological sense of reward

CTAs correspond with an individual’s reward behavior. We take action based on what we perceive the reward to be. After receiving rewards for certain actions, we develop learned conditions that predispose us to take the same action that leads to the same reward.

We do it so many times that it’s almost like a habit.

You’ve probably heard people make references about Pavlov’s dogs. You may even have a vestigial memory from Psychology 101 about Mr. Pavlov and his cherished canines. For the sake of clarity, let me briefly remind you what went down in that laboratory in Russia so many years ago.

Ivan Pavlov was a Russian scientist who lived from 1849-1936. He performed an experiment on his dogs. He gave them food and measured how much saliva they secreted. What he found was that when an event occurred that was related to the food presentation, the dogs would still salivate even if there was no food. A neutral stimulus, therefore, was associated with the unconditioned stimulus of the food. Pavlov went on to experiment with ringing a bell at the time of the presentation of food. After a while, when the dogs heard the bell, they started salivating. They had associated food with a ringing bell. 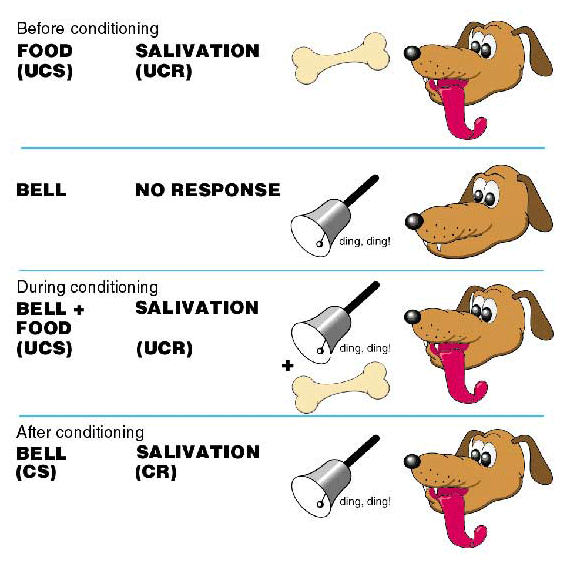 The same thing holds true when we learn through a process of antecedent → consequence. Though its theoretical moorings differ from those of classical conditioning, operant conditioning still holds true in light of landing page activity. The theory states that we learn behaviors by gaining either reinforcement or punishment from the choices that we make. 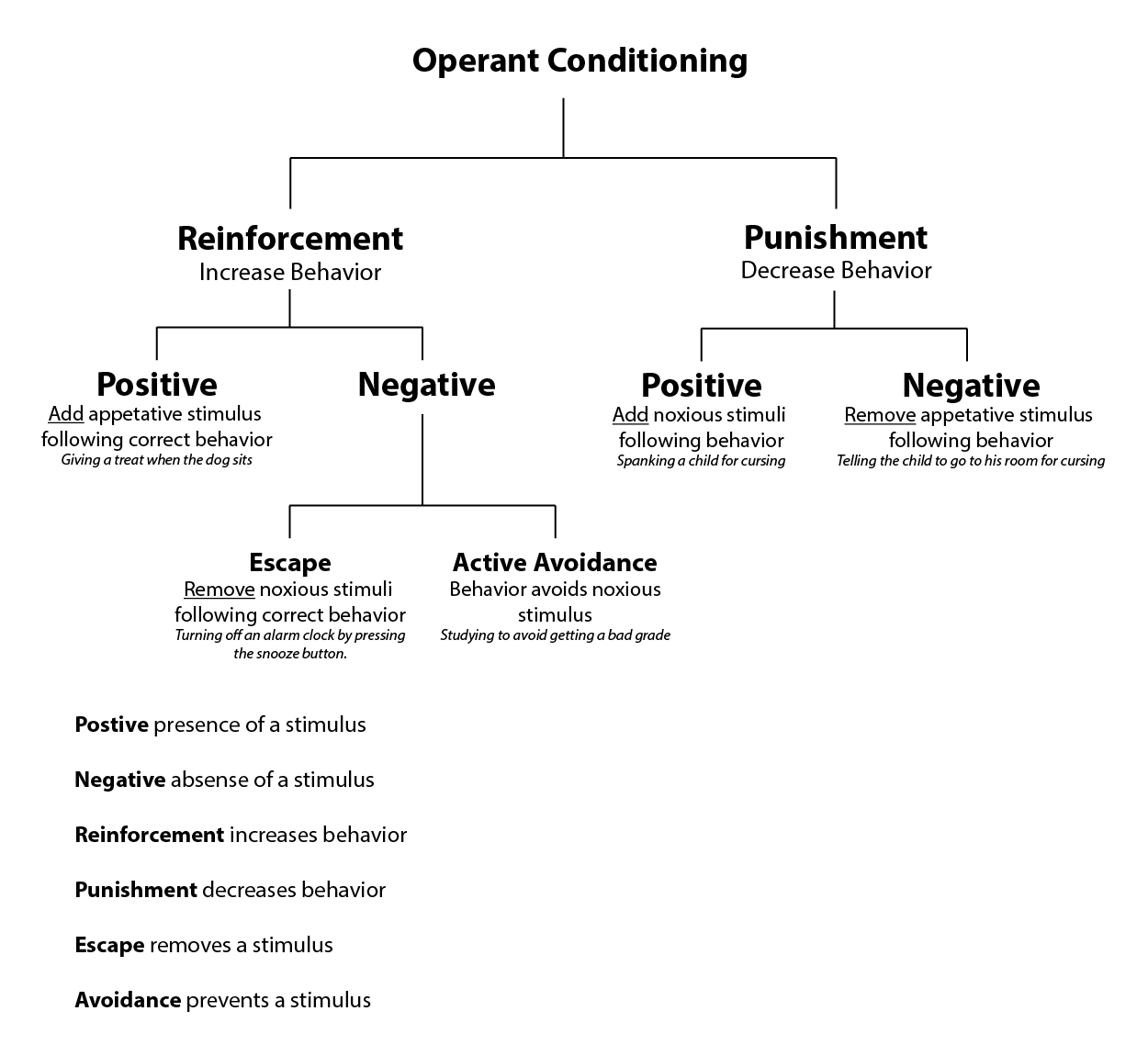 When it comes to the CTA, we have the same type of experience. We have an operant conditioning response to the reward that comes after we click on the CTA. Our mental history has taught us that clicking or signing up brings a feeling of reward. Our neural pathways are so worn and smooth that we can’t help ourselves. We easily click and convert.

How to strengthen the psychological sense of reward in the CTA:

Use reward-based language in your CTA.

Promising a reward can help strengthen the desire to receive that reward, creating higher CTRs.

Psychology is behind everything we do, which includes CTAs. When you create a CTA on a landing page or elsewhere, you’re tapping into a person’s inner psychology. Knowing this psychology helps you more capably target it and score higher conversions.

About the Author: Jeremy Smith is a conversion consultant and trainer, helping businesses like Dow Chemical, American Express, Panera Bread, and Wendy’s improve conversions and strategically grow their testing culture and digital presence. Jeremy’s experience as the CMO and CEO of technology firms has given him a powerful understanding of human behavior and profit-boosting techniques. Follow him on Twitter.