You may have heard that Instagram recently sold for $1 billion. How can a photo sharing iPhone app be worth 23x more than Kodak?

Instagram is a simple and elegant app, but simple and elegant doesn’t lead to a $1 billion acquisition. Instagram is a nice reminder that almost anything can be improved. Four years ago most people would have thought that there isn’t that much room for improvement in the photo enhancement space. But founders Kevin Systrom and Mike Krieger thought different.

People like to have fun with photos. Some will “Photoshop”, others like to write on photos and many like to use the Photo Booth app on iOS devices.

Instagram made it easy for users to add filters to their photos. No Photoshop experience needed! Filters make Instagram. Without it, they’re just another place to share photos.

In a nutshell: Instagram does ONE thing really well.

A common habit for most startups is to try to include every feature under the sun. This usually leads to: too many mediocre features, clutter and lack of focus. If you can’t describe what your application or service does in one short sentence, you may want to re-think your launch strategy.

If you look at other great products – they all have at least one thing that separates them from the pack. For example, when Gmail launched it had much more storage and a better interface than all other web based email services at the time. Dropbox is amazingly simple and available on about any device. Zappos has awesome customer support. Southwest Airlines has low cost fares and no charge for bags.

Instagram is only about one thing – photos. There is no checking in, video or games. Instagram has left all of this to other companies.

Cofounder Kevin Systrom says, “Focusing on one thing and doing it really, really well can get you very far.”

And let’s not forget this – for a long time, Instagram was only available on the iPhone. Android and website filters were not allowed. Some could say that this helped iPhone users feel more important than Android users.

Know what your core competency is. Once you have found product/market fit, focus. It’s okay to be simple. Often times too many features bog down and kill products.

“You should not be afraid to have simple solutions to simple problems.” – @Kevin

What’s your one thing? It should be something that’s easy to explain (30 seconds or less) and a large part of your product. Without it, you may just be another service without any differentiating quality.

The Instagram uploading process is much faster than other apps. This is because after the user selects the filter to the photo it starts uploading. So when the user is adding a caption, choosing which social networks to post it to and adding their location the photo is already in the process of uploading. Cofounder Mike Krieger gave a slide explaining the process at Warm Gun 2011. 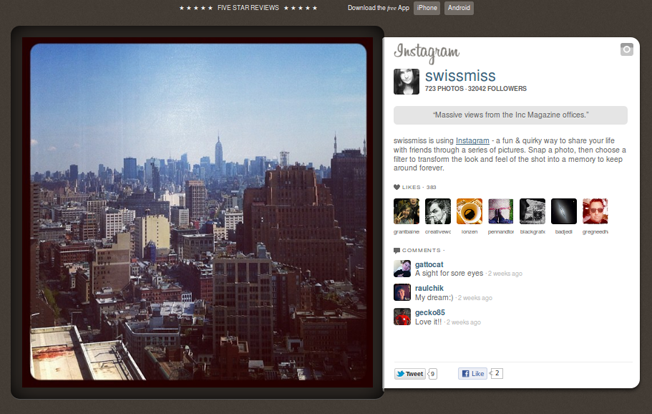 Now look at a few other providers. Let’s start with Yfrog: Many of the other image providers have too many ads just too much clutter. There is little focus on the photo and more of a focus on wanting the user to comment, click an ad or join their respective service.

Instagram on the other hand focuses on the photo that was taken. All the information is above the fold. It’s nice, neatly organized and loads quickly.

Great design is more than a “nice-to-have”; it is essential. It gives your product its personality and appeal. However, having a pretty product is only half the battle. The sweet spot is when you have a beautiful product that is useful. If you want proof that this works look no further than Apple Inc.

And one last thing: Why do you want to give your visitors so many choices? When you do, you’re not really dialing in a specific goal for the visitor. Do you want them to comment, sign up or click on an ad? Perhaps reducing the amount of choices may increase the performance of your most important goals.

4. Try To Start Out Small…Really Small Instagram small start gave them the room to make small iterative improvements. They didn’t opt for a big launch that had a product with lots of features.

It’s almost always best to launch as an MVP. Get your idea out there and see if people are interested. This way you’ll be able to get traction and can launch quickly, instead of constantly operating in “stealth mode”, having a big launch and finding out that no one wants or needs your product. Save money and find out in an easier and less risky way.

5. Consider Not Focusing On Revenue In The Beginning

This one can be a little controversial. Many people in the startup community say that startups should focus on product and traction first, and then figure out how to make money. Paul Graham has said, “focus on making something great, instead of worrying about how to make money”. Others say it’s best to get money coming in as soon as you get users.

Instagram could have taken many paths. A paid app, advertisements or paid filters are all possible revenue streams. Instead, Instagram remained free for all users.

If you’re thinking about launching a product, it may be best to focus on getting a user base first and then get ideas for making money. Everyone likes a free product, so you may face a little user backlash when you decide to start monetizing. However, you can always remind them that you have to pay your bills to keep the service running. If people love your product, many times users will pay for the premium just to support you, as Evernote CEO Phil Libin says. 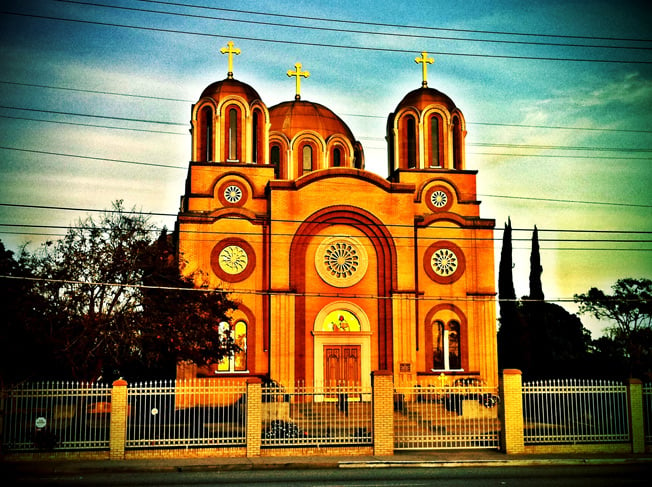 The founders of Instagram could have made another image hosting service for the iPhone in a hope to get rich quick. They could have filled their pages with ads or charged for their app.

Instead, they focused on making a great product for their users and solved some lingering problems in the image hosting field. 18 months later they sell for $1 billion, while the owners pocket an estimated $400 million. Looks like they got rich quick by focusing on the user instead of immediately making money for themselves.

Build great products that solve people’s problems and the money will follow. Paul Graham is famous for saying “make something people want”. And always gather user feedback and go the extra mile to understand your customers better.

Images are a universal language. In 2011, Zachary McCune did a study researching the motivations behind sharing with global networks. He found that, above all, people enjoyed sharing the personal media with other people.

Not all startups are designed for sharing or communication between members. If users are asking for it and/or if you think it’s right for you product, proceed cautiously.

And Finally, Some Great Quotes By Kevin Systrom

“You should not be afraid to have simple solutions to simple problems.” »tweet«

“The problem with stealth startups is that you don’t get the feedback you need quickly enough.” »tweet«

“You need to fail in order to find the right solution.” »tweet«

“Bringing a prototype into a pitch meeting is so much more powerful than a bunch of graphs that say you’re going to make lots of money in the future.”

“I think that above all else, [what] makes products spread is when they’re useful and they’re usable.” »tweet«

“Part of being an entrepreneur is understanding how you’re going to be different.” »tweet«

“Team building is one of the most important things when you get off the ground.” »tweet«

“It turns out when you make really nice stuff that people love, they will spread it to their friends because they’ll rave about it, they’ll tell people about it. That’s what I think at the end of the day has allowed us to grow quickly is the people get really excited about sharing photos and they really get excited about applying filters to them and it’s cool to show your friend you do this thing. That has caused, above all else, us to spread very quickly.”