The psychology behind what motivates people to share is the desire to appear attractive, knowledgeable, important, or just generally appealing to their peers. This action of sharing can lead to an increase in one’s sense of community, recognition, and status. We call this social currency.

People love to share their opinions with others. It’s the reason social networks have exploded these past few years. And, much like the cars we drive or the clothes we wear, what we talk about influences the way we are perceived.

Think about the last time you surfed your social media streams. People “check-in” to the hottest clubs, they Instagram their extravagant meals, and they Facebook-share the latest viral video. Undoubtedly, they do all of this in an effort to form positive images of themselves.

Now, wouldn’t it be great if you could get these people to want to share your brand? You might think this would require a product or service that is inherently impressive and unique. However, the most ordinary, and even outright boring, brands have been able to get people to talk about them.

By finding your product’s inner remarkability, by leveraging game mechanics, and by making people appear to be insiders, you may be able to use social currency to your advantage and generate what every company loves – buzz.

Remarkable things are unusual, extraordinary, and most importantly, worthy of mention. Needless to say, talking about remarkable things provides people with social currency because it makes them appear engaging and interesting to their peers.

So, what is remarkable about your product? If nothing comes to mind, that’s okay; not many brands are able to answer this question initially. A great way to find inner remarkability is to showcase your product doing something that is entirely out-of-the-ordinary, unexpected, or extreme. Surprise people by shattering their expectations with something no one would have thought possible. 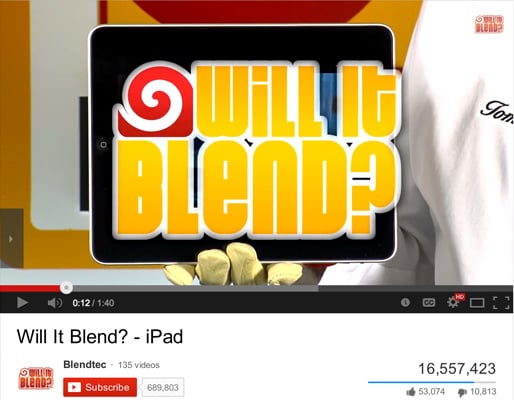 Take, for example, Blendtec, the blender company, that launched a YouTube series called “Will it Blend?” The series has accumulated over 200 million views and 685 thousand subscribers.

Generally, blenders are used for blending fruits, drinks, and other foods. So what did Blendtec do? They blended everyday objects, from iPhones to golf balls, into pure dust. Watching this happen before your eyes certainly is remarkable. And, sure enough, people were amazed and shared the videos until they became, well, viral. 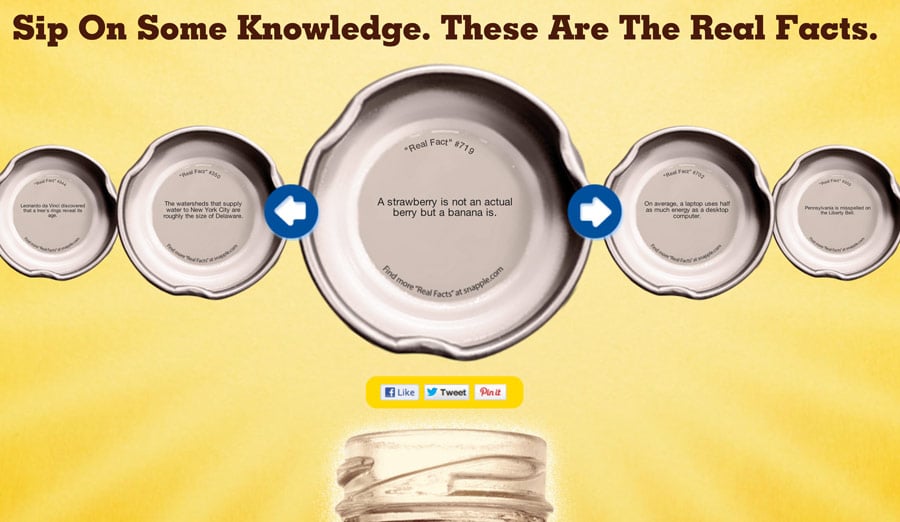 If inner remarkability is tough to find, try adding it into the product. Snapple, the soft drink company, rolled out with an ingenious marketing strategy of inserting remarkable facts under their bottle caps. The facts are so unbelievable that the first thing many people do is share them with a friend.

Elephants sleep only two hours a day. If you keep a goldfish in a dark room, its skin turns white. How do I know these things? Because my friend sends me his latest Snapple fact every time he opens a bottle of Snapple.

Game mechanics are the elements and rules that simulate a competitive scenario. The rule-based systems of gameplay deliver the feelings of excitement and addiction that are found in quality games.

For instance, a player performs an action, which leads to an effect within the simulated game. After receiving tangible feedback and learning new information, the player performs another action for additional enjoyment.

Before looking at specific examples, it’s important to note that a Harvard University experiment showed people are willing to take a smaller salary so long as they make more than those in their social circle. People primarily care about how well or poorly they are doing relative to those around them. And, doing better than your peers makes you look superior, which generates social currency.

The hard and arduous part is building a good game that is suited for your brand. Not all products and ideas have built-in performance metrics (e.g., sports fantasy leagues, SAT scores, etc.). However, even if a product or idea doesn’t have performance metrics, it still may have the potential to be “gamified.”

In order to truly leverage game mechanics, performance must be measured with levels of status, and then publicized. That will motivate people on an interpersonal level by bringing social comparison to the forefront. 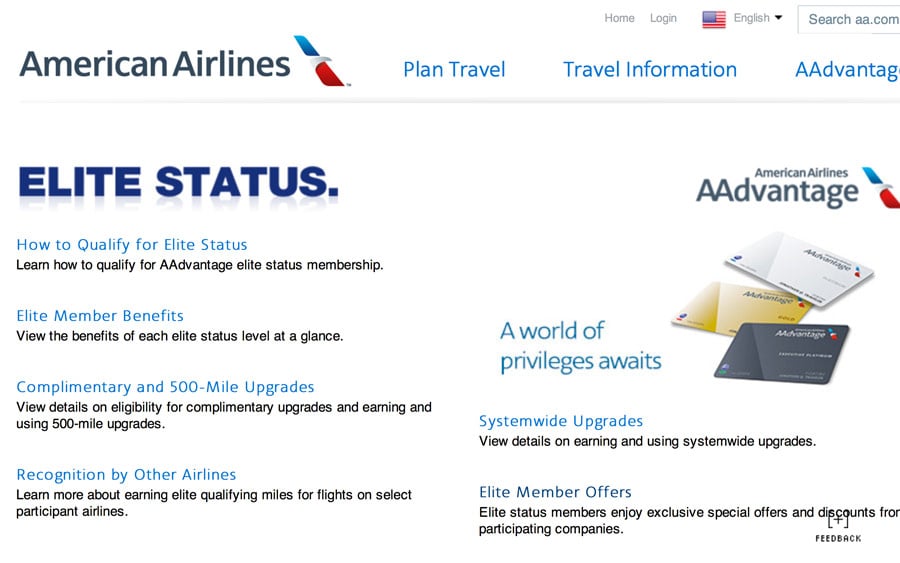 American Airlines revolutionized the travel industry in the 1980s with their airline loyalty program, which gamified air travel. Today, versions of this frequent flier program can be found in just about any airline, and for good reason. For every mile you travel with a certain airline, you receive a loyalty point that counts toward rewards, such as free flights and levels of elite status. Some of the advantages of climbing the levels in this “game” include access to the VIP lounge, priority boarding, and upgrades.

These programs became a hit because they did everything right in the gamification of travel. The amount of traveling is quantified by miles flown, and the levels of status can be used for social comparison. Benefits from a status give you advantages for your flight and, at the same time, make it public to the other passengers. 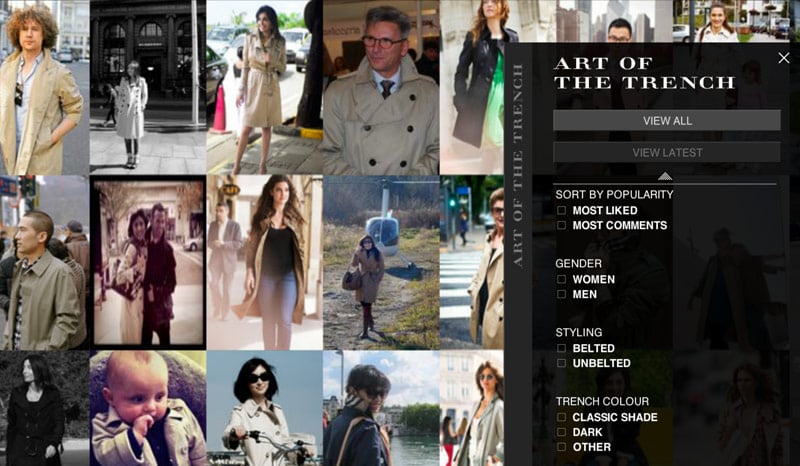 Game mechanics don’t necessarily have to be tied in with the product or idea itself to take advantage of social currency. Clever companies have used contests and promotions involving game mechanics to successfully promote a brand.

In 2009, Burberry launched a crowd-sourced montage website called “Art of the Trench.” It was nothing more than a website with pictures of people in Burberry trench coats, but somehow created massive buzz for the high-end fashion brand.

In addition to world-renowned photographers, amateurs were allowed to submit pictures of themselves or friends in the iconic Burberry check design. A handful were featured on the website gallery representing fashion styles from around the world.

Think about what you would do if your picture got selected? You probably would tell everyone you know, or at least try to. And that’s exactly what people did. Yes, it’s true that people love to brag about their achievements. To do so in this case, they had to mention the brand that gave them the award. As a result, Burberry received millions of hits, leading to a 50% increase in sales.

Let’s be honest, everyone likes to feel like an insider. Being part of a select group or obtaining something limited makes people feel important, special, and unique. It not only makes people enjoy the product or service more, but it also gets them to talk about it.

Having insider knowledge and then sharing it can give someone an aura of prestige. In a way, it’s the perfect situation for capitalizing on social currency.

Now, there are two components that make people feel like insiders: exclusivity and scarcity. Scarcity is quantified limitation on what’s being offered, whereas exclusivity is about limited accessibility to something.

People believe scarce items are more desirable because they’re either high in demand or limited in production. Exclusivity isn’t about money, it’s about acquiring insider knowledge. You need to meet certain criteria to have access.

Both factors make items difficult to obtain, which leads people to assume it is worth the effort to get them. 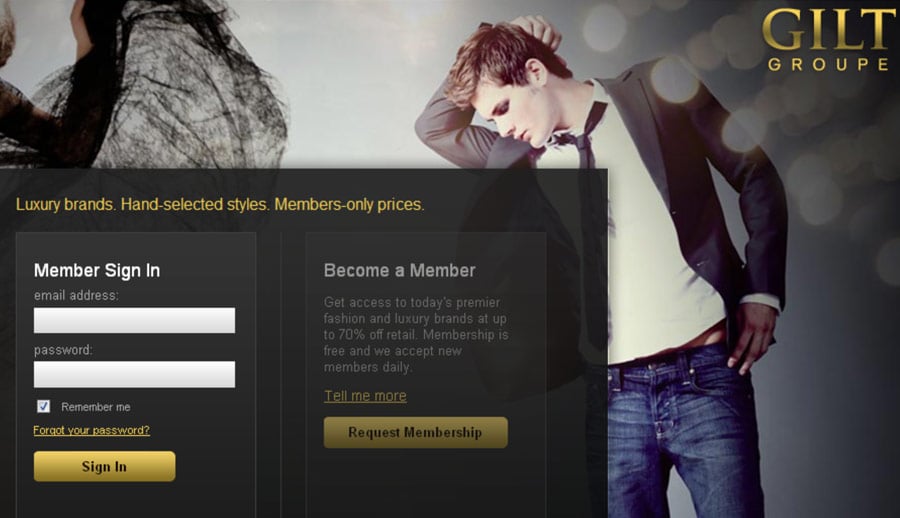 In the past decade, many discount websites have appeared, selling the previous season’s inventory at a hefty discount. Most of them didn’t do very well. That is, until scarcity and exclusivity were added to the equation.

Gilt Groupe, a discount site dedicated to high-end fashion items, implemented these factors with members-only flash sales. They incorporated exclusivity by using a waitlist system and allowing only existing members to invite others. They added scarcity by holding private sales each day for just 24 hours. McDonald’s did the same with the McRib sandwich. The sandwich, comprised of unwanted pig organs and tangy BBQ sauce, became a nationwide hit. However, it didn’t take many years for the demand to drop substantially. Instead of lowering the price or increasing advertising, McDonald’s used the concept of scarcity by making it available only seasonally. They brought the sandwich back exclusively to certain locations at different times.

People used this as an opportunity to gain social currency by giving “insider information” on where McRibs were being sold or boasting that they had found them. This strategy worked extremely well and got people excited about the sandwich once again.

Keep in mind, you should make something difficult to get, not impossible. The last thing you want is for potential customers to lose patience, give up, and go elsewhere. Gilt expertly avoided this problem by allowing people who don’t get an invitation (to a sale) to sign up on the waitlist (so they eventually will get invited). Similarly, McDonald’s later brought the McRib back to every franchise around the nation.

To Pay or Not to Pay

There are several brands out there that offer monetary incentives for referring a friend. Sure, being paid likely will work, but it also may be costly, and most companies don’t necessarily have that option. And with money involved, the quality and frequency of recommendations will depend on how much they’re being paid, not on how much they like the product.

People talk about products for free every single day, whether in person or via social media.

There is no step-by-step tutorial for this, as every company is unique in their own right. But with a little creativity and personalization, these factors – remarkability, game mechanics, and exclusivity and scarcity – can be applied to leverage social currency for just about any company.

About the Author: Richard Jeng has worked with numerous startups.